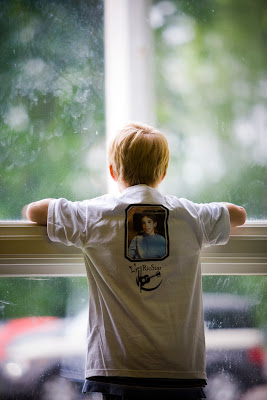 In honor of April is Autism Awareness Month, I find this post well worth sharing with you.
Holly Robinson Peete, along with her fellow hosts on the CBS program ‘The Talk,’ did a terrific job covering the complex subject of autism today, while also providing much-needed hope to other families reeling from this diagnosis. The video from today’s program, which includes an emotional interview with Holly and her husband, Rodney Peete, about their son R. J.’s autism diagnosis, is not yet up, but it’s well worth viewing, so check back. (Holly Robinson Peete has become a skilled and effective spokesperson for these families).
In the meantime, some great links to valuable resources discussed on today’s program are already on the site, including:
-A link to the Light It Up Blue Campaign. Many well-known buildings will be lighting up blue globally this Saturday, April 2nd, to help increase awareness of the challenging and growing diagnosis for which there is no known cure, while also honoring World Autism Awareness Day. According to the Centers for Disease Control (CDC) the current numbers for children diagnosed with autism are: 1 in 110 and 1 in 70 boys. According to an Autism Speaks spokesperson, the CDC will release updated figures later this year. Unfortunately, the numbers are expected to have increased.
-A link to Autism Speaks and it’s 100-Day Kit, which provides valuable information about autism and Asperger’s syndrome to newly diagnosed families to maximize the first 100 days after diagnosis, and other coveted tips and resources. The kit can be downloaded at the link above for free.
-A link to the HollyRod Foundation, founded by Holly Robinson Peete and her husband. The Foundation provides support for families dealing with autism and Parkinson’s Disease.
The Talk will continue to cover Autism throughout the month of April.
Great job by Holly Robinson Peete and everyone involved with today’s show. What a responsible use of celebrity and media for the good of others.
Photo of RicStar’s Camp participant by Erik Taylor Photography 2011. Camp registration is now on-going.
Judy Winter
Breakthrough Parenting for Children with Special Needs: Raising the Bar of Expectations
Winter Ramblings Blog
Flickr Page