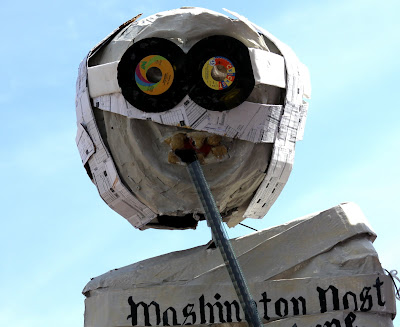 There’s so much I need to share with you today. Let’s get started with some news from Martin Luther King, Jr. Day, news that both infuriated me and also seemed particularly timely.

While speaking at a conference against funding for Planned Parenthood, conservative Virginia State Delegate Bob Marshall (R), allegedly said, “God punishes women who have had abortions by giving them children with special needs,” a statement that has fueled national outrage. Read that reported news here. Marshall denies that he either said or believes that statement and blames a student journalist for taking liberties with his words.
I watched the conference snippet and what Marshall said was, “the number of children subsequent to a first abortion with handicaps has increased dramatically. Why? Because when you abort the first born of any, nature takes its vengence on the subsequent children.”
Say what???
Vengence is a particularly potent term here, one Marshall now says he regrets using. In his defense, not that I am defending the guy, (however, I do believe in fairness and accuracy in the media), studies back the reality that having an abortion can have serious future medical challenges, including increased risk of having a child with a disability, which was supposedly Marshall’s poorly worded point. But his word choice and emotional presentation left his insensitive statement open to angry, defensive interpretation. Now, he’s trying to stop the resulting firestorm that has ensued and save his political career.
On the plus side, this has generated opportunities for more valuable discussion and awareness of special needs, and revisited that stubborn belief by many that having a child with special needs is some sort of parenting curse, a outdated, cruel stereotype that needs to die. There is no shame in having a child with a disability. I repeat, no shame, unless you allow it to be placed there.
I watched the video that included Marshall’s remarks and found them insulting and insensitive. Watch it here and add your take. Guilty as charged? Or, were liberties taken by an inexperienced reporter?
For the record Mr. Marshall, I’ve never had an abortion, but I was blessed, not cursed, with a remarkable child with cerebral palsy for nearly thirteen years. Like most parents, I didn’t do anyting to create my unexpected and challenging parenting reality, but I did everything in my power to raise Eric as a child of value. In all his apparent imperfection, my son became my greatest life teacher. Eric could have taught you a great deal, too.
I believe strongly that someone needs educating, and it’s not the people to whom Mr. Marshall appears to have hurled insults. Choose your words more carefully next time, Mr. Marshall. True leadership and compassion is what this country really needs, now more than ever.
Being a bit more media savvy wouldn’t hurt, either.
Photo Judy Winter 2012
Judy Winter
Breakthrough Parenting for Children with Special Needs: Raising the Bar of Expectations
Winter Ramblings Blog
Flickr Page