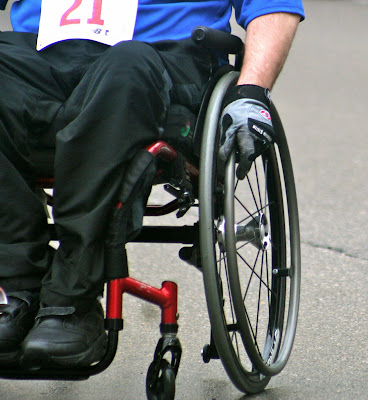 Wasn’t exactly blown away by the ten finalists revealed yesterday for Oprah Winfrey’s ‘Your Own Show Contest,’ except for Zach Anner, a charming and witty Texan who happens to have cerebral palsy and uses a wheelchair. Zach, who wants to do a travel program with a whole new perspective, held his own with the Queen of daytime talk as she appeared to question his ability to do the show given his disability. Zach is one funny dude, who’s focused on ability. He’s already gotten millions of viewer votes, including mine.
You bet I’ll be watching. We can all benefit from seeing the world through some fresh new eyes.
Love it when Zach tells Oprah he thinks cerebral palsy is the sexiest of the palsies.
Check out Zach’s original Oprah audition here.
Watch Oprah interview the finalists, here. Zach comes in at around 10 minutes.