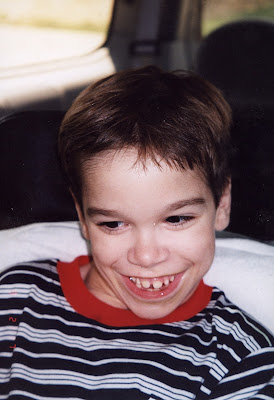 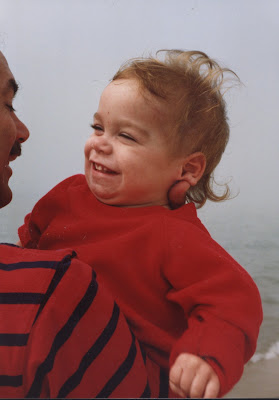 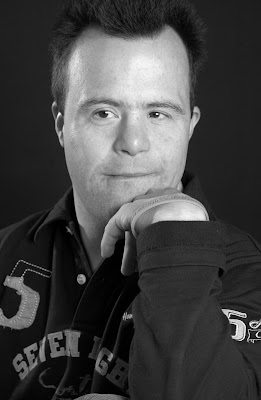 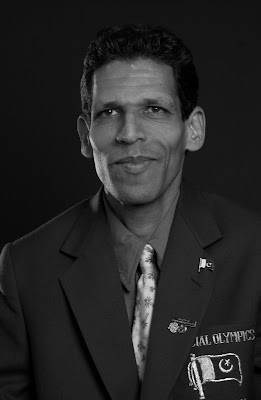 You won’t often find me devoting so much space on my blog to one specific issue or topic.  But the on-going furor over the film ‘Tropic Thunder” has rallied and united special needs advocacy leaders and groups as perhaps little ever has.  We must do a better job of joining our individual and group voices to promote disability rights and awareness. That’s how real change will occur for this population.  When we join our loud voices and large numbers, we’re a powerful force, serving notice that we aren’t going away.  Instead, we’re getting stronger, more united and increasingly committed.
Now is the time for us to be heard.
As in prior posts, I again state my belief that this r-word issue not just important to those with intellectual disabilities (the focus of this movie’s blunders), but to all those living with a wide range of disability.  An assault against the dignity and human rights of one group and a specific disability, impacts us all.
My son Eric, had a significant physical disability.  Because of the degree of  his physical needs, including wheelchair use and severe speech challenges, many people wrongly assumed he also had an intellectual disability, allowing them to dismiss him more easily. I experienced firsthand just how quickly people doubted Eric’s potential and value when armed with the limiting belief that he was both physically and cognitively challenged.  Outdated images and perceptions of this population, including those presented by the media and Hollywood, help fuel such ignorance.
Eric passed away far too soon at age 12 in 2003 and I miss him deeply.  The many tough, stinging and infuriating moments we faced due to the ignorance and lack of awareness of others helps fuel my on-going special needs work.  Eric remains my greatest teacher, complete with disability.  But nearly twenty years after my son’s birth and diagnosis, much still needs changing.
We can and must do better by our fellow humans regardless of the individual challenges or diagnosis facing them.  Only a thin line of circumstance separates any of us from joining the ranks of the 54-million Americans (plus 200 million people with Intellectual Disabilities alone worldwide) whose diverse faces represent the disability community.  I know firsthand how quickly a family can join that community, leading me to ask two key questions of others, especially those who may feel this r-word-movie-thunder-noise is much ado about nothing.  It’s not.
What would you want if it was your brother, sister, mother, father, cousin or friend who was impacted by special needs?
How would you want to be treated if it were you facing disability?
What too many people don’t get about this film is that it’s not just harmless, box-office entertainment.  It encourages others to laugh loudly at the big expense of millions of children and adults.  As school is about to begin, (complete with real concerns about bullying), too many kids and adults may well carry the movie’s negative language and image of those with special needs back into their school hallways, communities, homes, workplaces and into daily interactions with those with disabilities.  However intended, the movie will most likely help reinforce outdated stereotypes and images while granting permission for the continued careless, casual use of the offensive term retard, especially by our young people.  Hollywood can do better, and so can we.
What follows are the words shared by Tim Shriver, Chairman and CEO of Special Olympics, at the premiere of the film ‘Tropic Thunder” in Los Angeles on Monday, August 11, 2008.    Read them carefully, and then please act on behalf of the millions of people worldwide living with the daily challenges of special needs, including exclusion, discrimination or worse.
Special Olympics has served an a model for my special needs advocacy and work for the past two decades. No one provides a better example on how to best serve the special needs population with passion, dignity and commitment. I’m grateful for their on-going example, worldwide impact, and much-needed voice on this important topic of discussion.
To sign the Special Olympics Pledge to end use of the R-Word, please visit: r-word.org.
Read on; then add your voice, too.
(B/W photos courtesy of Special Olympics/used with permission/ Top two photos: my much-loved, talented son, Eric Richard Winter).
_______________________

Over the last 10 days, Stacey Snider and other leaders of DreamWorks Studios have met with me and representatives of a large coalition of individuals and organizations concerned about the film “Tropic Thunder,” the subplot film “Simple Jack” and the slogans “Once upon a time there was a retard,” and “Never go full retard.”