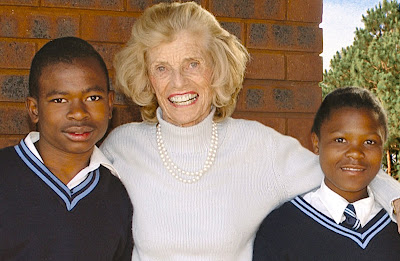 After way too many frustrating days of techno difficulties that kept me offline (thanks in part to relentless winter storms hammering our state), I’m back in the blogging business, ready to join the world in a brief look back at 2008.

When it comes to special needs and public awareness, this was a banner year, filled with valuable discussions. They included: the GOOD (more terrific online resources and inspiring books about raising our children, and valuable national media coverage, including continued awareness of autism, thanks in large part to the celebrity of gutsy mom, Jenny McCarthy); the BAD (‘Tropic Blunder’); and the NOT-SO-PRETTY (kids and young adults being banished from churches and other public settings due to special needs behavioral challenges. Plus, the casual, negative use of the word re-tard by the nation’s young people continues).
Then, there was Sarah Palin and Trig….
While reflecting on the 2008 good, one newsworthy event rises to the top. Sports Illustrated awarded Eunice Kennedy Shriver its first ever Legacy Award, a well-deserved, long-overdue tribute (see Dec. 4th post). This amazing woman is an inspiration to all who care about promoting social justice and equality, especially for those with intellectual and other disabilities. Her work remains ground breaking and life changing for millions.
The world has much to learn from her stellar advocacy/example and from that of the terrific organization she founded, Special Olympics. I hope Eunice Kennedy Shriver’s work helps fuel you on in your own parenting/professional/advocacy adventures in 2009, wherever they may take you.
Her example continues to challenge me to reach greater heights, too.
Happy 2009!
Photo of Eunice Kennedy Shriver courtesy of Special Olympics. Used with permission.
Judy Winter
Breakthrough Parenting for Children with Special Needs: Raising the Bar of Expectations
Winter Ramblings Blog