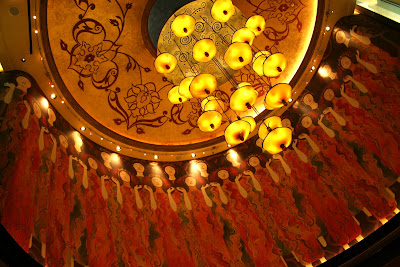 Please bear with me. Sometimes I just need to add my voice to things other than special needs. I admit I found it painful and a bit disturbing to watch the very public and very emotional meltdown of the popular, talented and young, Rachel Crow, after she was eliminated from The X Factor last night. When judge, Nicole Scherzinger, refused to make a choice on who to send home, the decision was left to the contestant receiving the lowest number of seasonal votes from viewers (Rachel), which when announced, sent the young girl to the floor sobbing. As people rushed the stage to her aid, including her mother. Scherzinger was loudly booed by the crowd. The reality is that the singer is on the show to be a judge with all the responsibility that entails (including voting people off) and she should have cast her vote. In trying to avoid being the heavy, she has become just that, right or wrong, and sent Crow into a tailspin. Unbelievable pressure for one so young.

Reminder, Paula Abdul, who quickly went to the aid of Schertzer and Crow, did a similar thing earlier in the season. Drama is always good for ratings.
The young charmer and American sweetheart, Crow, has since taken to the media to ask the public to stop blaming Schertziner for her elimination. Read the People magazine article here. Class in a small package.
I’m sure Simon Cowell will ensure that we haven’t heard the last of Rachel Crow. The question is, will he allow Nicole Scherzinger back for another season? I hope so. I like her. But she should vote. Stay tuned.
That’s my Reality TV rant for now. Now back to more important matters.
Photo Chicago Grand Lux Cafe Judy Winter 2011