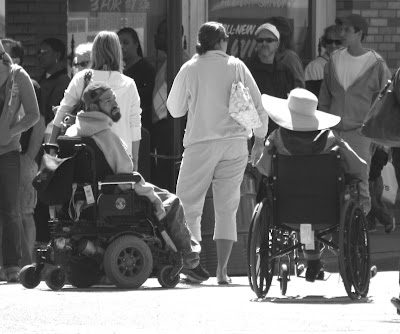 With regards to the rights and dignity of those with special needs, one part of this post celebrates how far we have come. The other, how far we’ve still to travel.

When Peter Dinklage, a successful and talented actor, who also has achondroplasia, a form of short-limbed dwarfism, accepted his Golden Globe this week for Best Performance by an Actor in a Supporting Role, he dedicated his win to Martin Henderson and then advised people to google the man. Turns out Henderson is an aspiring actor in England and was recently the victim of senseless act of something called ‘dwarf tossing.’ A stranger picked the actor up against his will and threw him to the ground resulting in partial paralysis.

I will never get used to such unforgivable, senseless examples of man’s inhumanity to man, ever. But I will always raise my voice loudly against them.
Read more here. And kudos to the talented Peter Dinklage.
Photo Judy Winter 2012