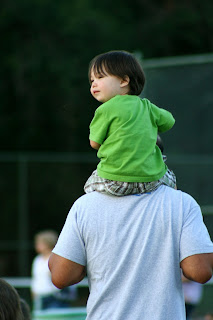 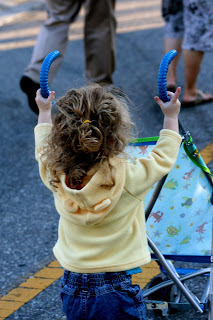 People magazine has a long history of including special needs coverage in its popular weekly publication and online. That includes this week’s balanced and sensitive cover story on the loss of the Travolta’s son, Jett. Read it here: People.

In the same issue, there is a great article about television stars Boris Kodjoe and Nicole Ari Parker and their daughter Sophie who has spina bifida, a diagnosis which occurs when a baby’s spine fails to close in the early months of pregnancy, leading to nerve/muscle damage and impacting one in seven live births in the U.S. each year. (Source: Spina Bifida Assocation).

The couple recently created Sophie’s Voice Foundation to help create greater awareness of this disability. You can read the People article at this website, too. Click here to learn more about the Spina Bifida Association.
Kudos to People magazine for its on-going commitment to positive special-needs coverage.
(Photos: Two of the many cute kids attending last summer’s East Lansing Folk Festival).
Judy Winter
Breakthrough Parenting for Children with Special Needs: Raising the Bar of Expectations
Winter Ramblings Blog