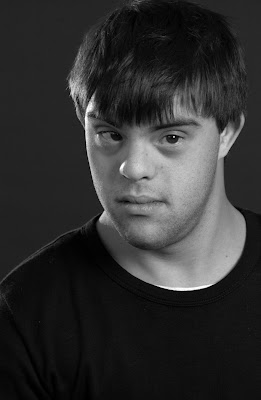 Please consider supporting this new effort to end the derogatory use of the word ‘retard’.  Here’s the latest info from my friends at Kirsten Special Olympics re: the new Spread the Word to End the Word a nationwide youth initiative.
“This past February, we held our 2009 Special Olympics World Winter Games in Boise/Sun Valley, Idaho uniting nearly 2,000 athletes from nearly 100 countries.
As part of that event, we gathered 130 young people with and without intellectual disabilities for a week-long activation summit. The motivation of young people to make change in the world for people with intellectual disabilities is inspiring.

On February 9, during the week of activities, Dick Morris used the word “retarded” in a demeaning way on the O’Reilly Factor. The students of the Youth Activation Summit acted swiftly and reached out to FOX and Bill O’Reilly to educate and engage them on this blunder. On February 12, Bill O’Reilly gave an on-air apology.

Young people have found their power and are leading an effort for Special Olympics called Spread the Word to End the Word. Students across the country are planning local events for 3.31.09 to end the use of the R-word and to garner more pledges of support. Actor and National Down Syndrome Society Ambassador John C. McGinley attended the 2009 World Games and was so impressed with the actions of these young people that he has signed-on to help them further their goal.

We invite you to join us as we Spread the Word to End the Word this month. Help
the youth spread the word by mobilizing your constituents to support their
efforts. Graphics, tools and resources can be found at www.r-word.org. Your
organization and constituents are welcome to use the materials to participate in
this nationwide awareness effort to help us accomplish what we set out to do in
August 2008 – change the conversation and raise the consciousness of society
about the hurtful effects of the R-word.”

_____________________
I’ve said it many times on this blog and it bears repeating: Words DO Hurt, especially when it comes to perceptions of and opportunities for people with disabilities. The r-word is never used to build people up.
Photo courtesy of Special Olympics. Used with permission.
Judy Winter
Breakthrough Parenting for Children with Special Needs: Raising the Bar of Expectations
Winter Ramblings Blog
Flickr Page