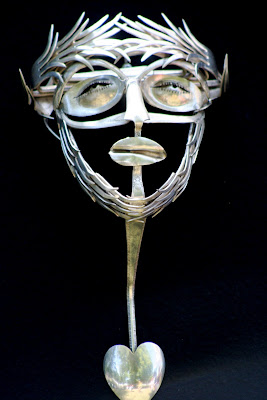 I admit that I have yet to catch MTV’s new show ‘How’s Your News?’ which premiered last Sunday. I was invited to the MTV premiere in L.A., but couldn’t attend. The program airs on Sundays at 10:30 p.m. and features reporters with various disabilities who travel the country interviewing celebs, including Kathy Griffin (the reporter had no clue as to who she was).  The spirited group met a decade ago at a summer camp on Martha’s Vineyard for individuals with special needs called Camp Jabberwocky. When someone introduced a camera and energized campers responded, a documentary and new series was born.

The program isn’t without controversy and for some, has created concerns of refueling old stereotypes. But Tom Shales, style columnist for The Washington Post believes the reporters are in on the joke, and he gave the premiere two thumbs up. In part, he writes:”The show isn’t really “about” mental disabilities; it’s just a chance to look through someone else’s eyes and see the world in ways you’ve never seen it before. It could be part of a course in the humanities, or just a course in humanity. It’s also a wickedly entertaining half-hour, one you’ll never regret having surrendered to your television set.” You can read the rest of his review here.
Click here to for the ‘How’s Your News?’ website and more about the program/reporters.
Check it out, and tell me, and MTV, what you think.
Maybe this program will prove to be one of MTV’s better programming decisions….maybe.
‘Mask’ Judy Winter 2008
Judy Winter
Breakthrough Parenting for Children with Special Needs: Raising the Bar of Expectations
Winter Ramblings Blog