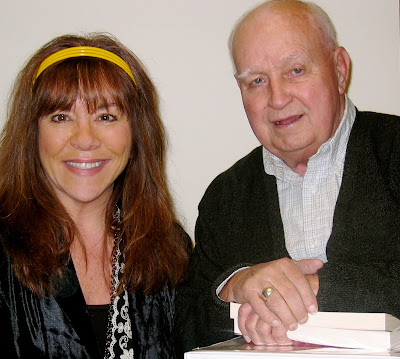 I was honored to work with Roger McCarville, host of the PBS program Disabilities Today, now called A Wider World. He became a wheelchair user and tireless special needs advocate after a serious boating accident dramatically changed the course of his life.

I first met Roger after he invited me to appear on his weekly Detroit radio program, and Roger later produced a television segment on RicStar’s Camp, the popular music therapy camp I co founded in honor of my son, Eric. Unfortunately, Roger McCarville passed away last fall.
Today, I received notice of a well-deserved tribute to McCarville, introduced by his executive producer, Jim Saliba and created by the staff of Disabilities Today. The remembrance was first presented at the Athletes with Disabilities Hall of Fame dinner in Royal Oak, Michigan in October 2009, and was incorporated into the beginning of the new season of A Wider World. You can find out more about this remarkable man by watching the moving tribute of him on YouTube.  It’s worth your time. You can also find out more about which PBS stations air A Wider World here.

The disability community has lost a tremendous advocate; but we’ve gained much because of Roger’s never-ending commitment to the cause, fueled by his generous and humble spirit. His work will live on; but I will miss his valuable advocacy.
Judy Winter
Breakthrough Parenting for Children with Special Needs: Raising the Bar of Expectations
Winter Ramblings Blog
Flickr Page