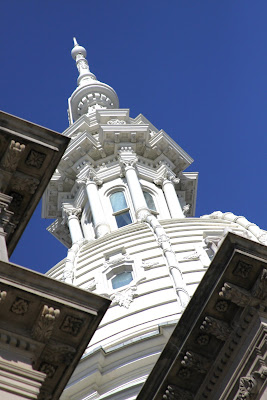 With words sure to be applauded by families struggling with the tremendous challenges of autism, Michigan’s next lietenant governor, Rep. Brian Calley (R-Portland), has called for passage of mandatory insurance coverage for programs for Michigan’s children with autism, citing the critical importance of early intervention programs. Twenty-three states already have passed some form of mandatory autism coverage.

Calley, who takes office January 1st, has a 3-year-old daughter who has been diagnosed with autism. This important legislation has already been adopted by the Michigan House. Up next, the Senate. While passage is considered a long shot, this is an important discussion, one long overdue.
My take on this? I agree with Mr. Calley. But I would love to see such discussions, including those nationally, better address the needs of many other disabilities as well. Early intervention is critical to most kids with special needs, and like families of those with autism, millions are struggling under the weight of their special needs demands. The greatest cost is to the families challenged by a wide range of disabilities.
As a nation, we need to do better by all children with special needs, and their struggling families.
Read the article here.