Kudos to 60 Minutes Piece for Piece about Musical Virtuoso & Schizophrenia 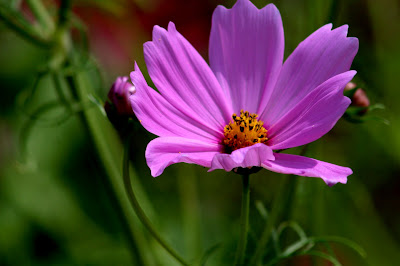 Much of the nation’s interest and hype on Sunday was focused on the NCAA tourney and I admit that I’m thrilled that my beloved Spartans played their hearts out and advanced to the Sweet 16! Go Green!!!

But I feel especially blessed to have caught a piece on 60 Minutes that followed a lengthy interview with the President.
Morley Safer’s piece ‘Mr. Lopez Meets Mr. Ayers’ proved a deeply moving and fascinating exploration involving issues of homelessness, friendship, lost dreams, and living with schizophrenia for a homeless man, a musical virtuoso who once attended Julliard.
This is one of the most sensitive, human stories on mental illness that I’ve ever seen. The story begins when Los Angeles Times’ columnist Steve Lopez, searching for inspiration to meet his deadline, chances upon a homeless man playing music in the streets of downtown LA.
The columnist gets much more than inspiration for a story. The encounter changes his life.
Safer’s piece doesn’t sugar coat or hide the realities of Mr. Ayer’s illness.  Rather, the piece does a terrific job of humanizing the life of one gifted musician, whose on-going struggles with personal demons presented by a complex diagnosis, dramatically changed the course of his life. It’s worth viewing, if only to help us better understand the complexities involved in addressing mental health issues, something made increasingly difficult because of fear and lack of understanding on the part of the general public, not to mention the lack of needed resources.
It’s also a powerful reminder that disability alone should not define a person’s value or potential.
A movie about this amazing friendship entitled ‘The Soloist” is being released April 26th and stars Robert Downey, Jr. and Jamie Fox, which should increase public awareness. Too often when disability is discussed, issues of mental illness are avoided. It makes many people uncomfortable.  This piece will make you care, while highlighting the gift of true friendship, and the power of one person to change another’s life, regardless of disability or life status.
Watch it at cbs.com
It’s worth your time.
Photo: Judy Winter 2008
Judy Winter
Breakthrough Parenting for Children with Special Needs: Raising the Bar of Expectations
Winter Ramblings Blog
Flickr Page