Hollywood Alert! Actors with Down Syndrome from DSALA/Heart & Halo Talent to Appear on HOUSE 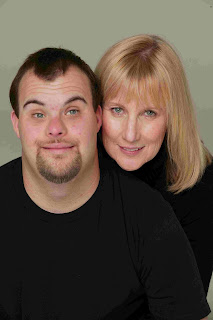 An update from my buddy Gail Williamson, executive director of the Down Syndrome Assoc of Los Angeles (DSALA) and its Heart & Halo Talent Division. They’ve merged two of my fav things: casting actors with special needs into their rightful parts, including next Monday on the popular television program HOUSE (FOX).  Luv that Hugh Laurie….
The two young actors with Down syndrome included in the episode entitled “Big Baby” and airing Monday, January 26th, are Matthew Von Der Ahe and Tim Borqueze. The boys, appear as students in a special education classroom and comfort their teacher after she collapses. DSALA expects the scene to be included. Check your local listings. Both actors were hired through the Down Syndrome Association of Los Angeles’ “Heart & Halo Talent” a casting liaison service working with casting directors and productions across the US and Canada.
Congrats, Matthew and Tim!