DID YOU KNOW? Human Cost of Driving & Cell Phone Use 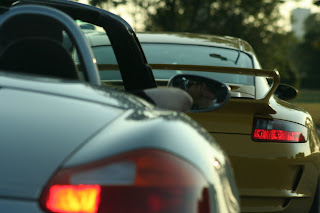 DID YOU KNOW?
A recent study by the Harvard Center for Risk Analysis estimates that 636,000 vehicular crashes, resulting in 2,600 deaths, 330,000 injuries and 12,000 serious injuries yearly, can be attributed to cell phone use while driving. The resulting financial toll?  $43 billion annually.
Those results have The National Safety Council pushing for a nationwide ban on all cell phone use while driving. Text messaging by young, inexperienced drivers is considered especially hazardous, and has resulted in a ban on cell phone use for young people in 17 states and the District of Columbia. Smart decision.
Parents must talk with their teens about the dangers of cell phone use and texting while driving and remind them of the privilege and responsibility of navigating two tons of steel safely down the road- and model better driving habits themselves.  These recent, sobering stats, along with those of the number of teens who die in car crashes needlessly each year, remind us that no conversation is worth courting disability, incarceration or death.
Perhaps it’s because I work in a field in which the sobering results of sudden, even life-long disability from car accidents are far too evident that I vote to hang up and drive. Or maybe it’s just plain old common sense talking.
Remember when driving used to be fun and safe?
I vote for the return of automotive safety and civility. How about you?
Read the entire NSC cell-ban news release here.
Click here for tips on preventing Traumatic Brain Injuries (including from car accidents).
‘Traffic Jam’ Judy Winter 2008
Judy Winter
Breakthrough Parenting for Children with Special Needs: Raising the Bar of Expectations
Winter Ramblings Blog