Dance War and the Down Syndrome Association of Los Angeles (DSALA) 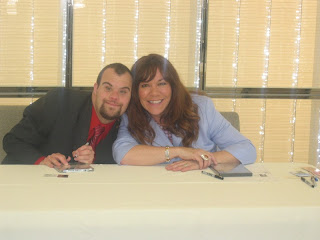 My friend Gail Williamson keeps me up to date on all the terrific things she’s doing in her important role as executive director of the Down Syndrome Association of Los Angeles (DSALA). Gail also oversees the Heart & Halo Talent division of DSALA and books gigs for actors with special needs.

This woman is a dynamo, and the go-to person for many people looking to cast individuals with special needs for film and television in Hollywood and beyond. Gail’s also the parent of a successful working actor with Down syndrome, my good buddy Blair! That’s us at my book signing at the Crystal Cathedral in Garden Grove, California. You can read more about the amazing Williamson duo in my book.

Here’s another cool announcement Gail just shared with me.

The Down Syndrome Association of Los Angeles (DSALA) hosted a meet and greet with “Team Bruno” of the ABC prime time show “Dance War – Bruno vs. Carrie Ann.” 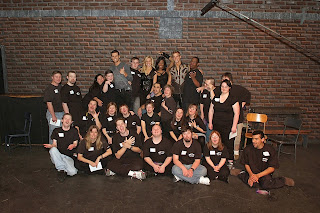 DSALA members got together to cheer up “Team Bruno” after their second week loss of the public phone-in vote to “Team Carrie-Ann.” DSALA contacted ABC and “Dance Wars” after the initial show introduced Zach a “Team Bruno” member (in grey T-shirt with thumbs-up) who has an older brother Matt who was born with Down syndrome and lives in Utah.

ABC filmed the event and intends on airing the footage on the Monday, February 11, 2008 show. DSALA will not get the final word on their appearance until Saturday, February 9. Knowing we couldn’t let everyone know between Saturday and Monday night we have chosen to let the public know of our “possible appearance” so they can watch just in case we make it.

The DSALA would also like to encourage all our friends and family to vote for “Team Bruno” following the show Monday night.

Hmmm… until now, I was backing Team Carrie Ann……