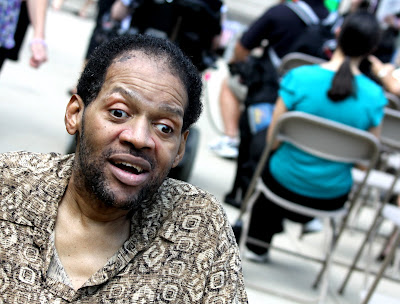 While I was scarfing down sinful chocolate-coconut fudge and waving adios to summer last Friday on Mackinac Island (one of my fav escapes), Stevie Wonder was at the White House to witness signing of the 21st Century Communication & Video Accessibility Act to significantly increase technology access for those with disabilities, including on the web.

Upon its signing, President Obama remarked, “The bill I’m signing today into law will better ensure full participation in our democracy and our economy for Americans with disabilities.”
Long overdue.
Check out details of the new law and watch video of the signing here.
Friday’s important action followed on the heels of the bill Rosa’s Law, which was signed by the President on Oct. 5th and replaces the term mental retardation/mentally retarded from many areas of federal government with the new accepted terminology Intellectual Disability (ID).
In a word, progress.
Note: I’ve always loved Stevie Wonder’s music, and the fact that he was born/schooled in Michigan. But think I may love him even more in his new role as United Nation’s (UN) Messenger of Peace and power activist for the disability population. Celebrity often allows easier entrance into places where mere mortals rarely tread. Wonder helps fill a huge void/voice in the disability world left by the deaths of Christopher Reeve and Eunice Kennedy Shriver.
I think that’s lovely, and great news for the rest of us activists.
Photo by Judy Winter 2010: My good friend, Dr. Al Swain, associate director Michigan’s Capital Area Center for Independent Living (CACIL), and friend to Stevie Wonder, at Michigan’s 20th ADA celebration. Like Wonder, Swain is blind.
Judy Winter
Breakthrough Parenting for Children with Special Needs: Raising the Bar of Expectations
Winter Ramblings Blog
Flickr Page