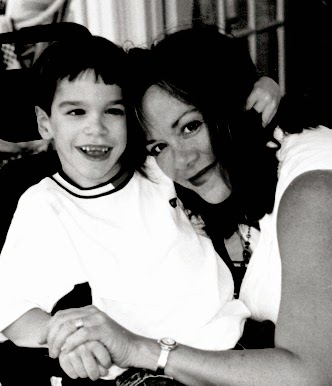 Apologize or sit down, Kanye West.

There’s been lots of drama and words exchanged surrounding Kanye West’s recent wheelchair/concert snafu, for which he refuses to apologize.

I’m not going to explain it all here. You can google and find the story and videos.

But every so often, I gotta put on my activist hat and run my mouth, too, and honor my son’s life.

As a mom that parented a child that needed to use a wheelchair until his sudden death in 2003 at age 12, here’s my short response to the on-going drama about West demanding that people in wheelchairs at his concert stand up, and then refusing to apologize for any perceived insensitivity.

Through my son, I experienced firsthand the challenges of wheelchair use and disability, tough moments made more difficult by the lack of understanding and harsh judgement of others.

With self-absorbed, feisty words, Kanye West appears clueless to the idea that someone with such needs moves among us, much less would be at one of his concerts or listen to his music.

He’s not alone in that lack of awareness or sensitivity. West just has more people closely watching him.

Fact is, there’s an invisible population that still exists among us, those with disabilities, including those requiring wheelchairs to get around.

We need to change that. The Kanye uproar offers us another opportunity to try.

Like Martin Luther, King, Jr., I have a dream that such needed change will be fully realized one day.

But like the rough struggles faced by other minorities working to realize true equality, that’s no easy dream.

As an author, speaker and activist on special needs issues, I try to do my part to spark change.

For what it’s worth, here’s my suggestion for Kanye and his devoted Queen of Selfies, Kim Kardashian West.

Why not take a selfie with and spend the day with people that must use wheelchairs to get around from Point A to Point B to live life more independently, and post that.

Take the focus off of and educate yourselves.

Bring the stalkarazzi with you.

Maybe you’ll create some valuable press and worthwhile awareness for the incredible challenges facing those that use wheelchairs, as well as for millions of others that have special needs.

Not an easy existence.

That selfie would be a first, and maybe even a humbling shot at that.

If you can’t offer up an apology for your insensitive, clueless “stand-up!” commands and on-going rants, someone needs to ask you to “sit down.”

Please sit down, Kanye West. We already know you can stand up, the gift of easy physical abilities and clear speech being what they are and all.

But thank you for fueling valuable and timely worldwide discussion about those with special needs, including wheelchair use.

Did you know people with disabilities represent some of the most discriminated against folks on the face of the planet, even though we shamelessly exclude them whenever discussing human rights violations and discrimination?

Did you know they and their families must fight daily to ensure many basic rights that you and I take for granted, with neither the money nor public platforms required to speak out effectively against those injustices to have their stories heard?

Did you know those with special needs are constantly and often harshly judged each and every single day of their lives because of deep-seated, outdated stereotypes perpetuated by the public about disability?

Did you know they’re often deemed imperfect, worthless human beings, and targeted for cruel, demeaning jokes, daily bullying, and rude comments by too many clueless, able-bodied people, including entertainers?

I share these realities with you just in case you thought it was easy being in that wheelchair, getting to that concert and still standing out while sitting down.

With the world’s attention upon you once again, and having had your spirited say, you could choose now to add intelligent talk to the positive awareness and respect those with disabilties need and deserve.

Some food for thought; if you’re willing to feast.

Then stand up and be heard for all the right reasons, apologize and stop the firestorm.

Consider it a vote for true equality for all.

And don’t forget to share that wheelchair selfie with the world.

Can’t wait to see it.