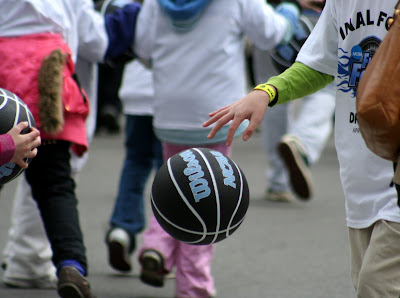 I’ve been a champion for those with special needs for two decades plus, a role chosen for me by my late son, Eric who had cerebral palsy and was a wheelchair user. The work has been incredibly challenging (understatement) and equally rewarding, but seeing an ESPN national profile of two team student managers for the men and women’s Villanova basketball teams by Tom Rinaldi this morning, especially in the hallowed world of sports, helps make all those on-going efforts worthwhile.

Perhaps we have come a long way after all, at least in media coverage.
Briefly, the spot profiles Villanova sophomore, Frank Kineavy, who helps manage the men’s team, and freshman, Nick Gaynor, who adds his support/input to the women’s team. Both men have cerebral palsy and are wheelchair users, but they are valuable contributors to the program, not simply team ‘mascots’, which is sometimes an argument against such involvement. Nick has the gift of clear and valuable speech, while Frank uses technology to share his important thoughts. In addition to their valued roles on the basketball teams, both students excel in the classroom and made the Dean’s List last semester.
“….It’s what their teams gain that can’t be measured in points and wins,” Rinaldi states of the men’s roles.
Profiles like this one reenergize me for all the special need advocacy that still remains. The awareness created this all-too-rare and surprisingly good profile that showcases the dignity and human value, and the successes/struggles of these two young men with disabilities is truly priceless.
Beautifully done, and worth watching by everyone. Thanks, ESPN!
View the profile by Tom Rinaldi here and share it with everyone you know.

I think you’ll be glad you did.